Blog | The Backyard | Ready to Relocate? Explore 7 Reasons to Move to Texas 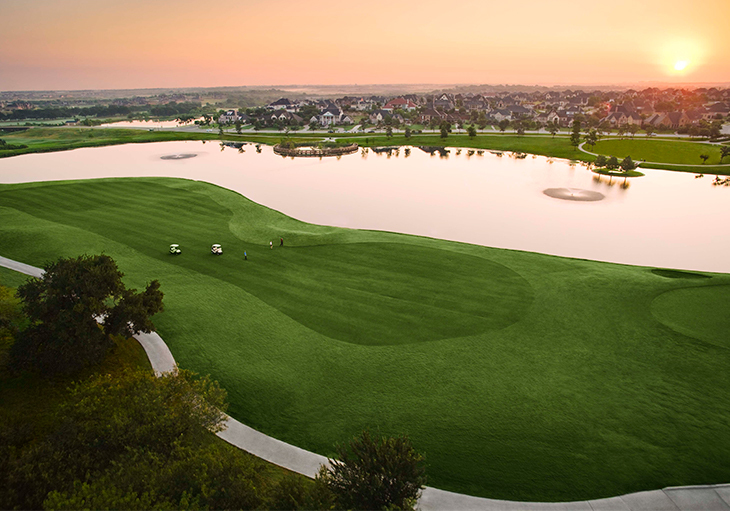 Did you know Texas is one of the fastest-growing states in the country? From Hill Country views to the arts and culture scene, there are many reasons to move to Texas. Explore seven of the many reasons why you and your family should relocate to the Lone Star State.

Of course, we cannot talk about the Lone Star State’s natural beauty without mentioning the Hill Country. Located west of Austin and north of San Antonio, the Hill Country is famous for its stunning landscapes, historic towns and fields of bluebonnets.

The Lone Star State is known all over the world for its affinity for barbeque. There is never a shortage of restaurants ready to serve up smoked brisket with cornbread and coleslaw. Top spots in Texas include The Salt Lick BBQ in Driftwood, Tyler’s Barbecue in Amarillo, Franklin Barbecue in Austin, Pecan Lodge in Dallas, Snow’s BBQ in Lexington and Louie Mueller Barbecue in Taylor.

Another favorite Texan cuisine is the classic blend of Southern American fare with traditional Mexican dishes, or Tex-Mex. Chips and queso is a staple appetizer served alongside popular main dishes like red sauce enchiladas and sizzling fajitas.

If there is one thing you should know about Texans, it is that they enjoy sports. Texas is home to several professional sports teams, including the Dallas Cowboys, Dallas Mavericks and Houston Astros. You will also find the Houston Livestock Show and Rodeo, which is the largest rodeo in the world and very popular in Texas.

Additionally, the state is also a popular choice for hosting well-known national events. Texans attended various major sporting events during the 2010-14 seasons, including two World Series championships and the Super Bowl, without leaving the state.

Many cities in Texas are home to major corporate headquarters, and Fortune 500 companies are opening new locations across the state. Dallas is home to the telecommunications giant AT&T, as well as American Airlines and Southwest Airlines. In 2020, Tesla CEO Elon Musk announced that the company would open its largest auto assembly plant in the Austin area.

Activities for Every Interest

Texas has a wide range of leisure-time choices the whole family can enjoy. Big Bend National Park offers the perfect getaway for adventure seekers along the Rio Grande River and the Chisos Mountains. Looking for a sandy beach? Padre Island National Seashore near Corpus Christi and South Padre Island are two popular spots along the Gulf Coast. For visitors in San Antonio, the Alamo and River Walk offer the perfect blend of history and culture. Other things to see in Texas include:

Austin, nicknamed the “Live Music Capital of the World,” features dozens of venues that offer live music seven days a week. It is also home to the Austin City Limits Music Festival held in Zilker Park every October. Here, you will also find the annual South by Southwest (SXSW) conference and festival, bringing thousands of fans and industry professionals to Austin for a convergence of music, film and interactive industries.

These are just seven selections among a long list of reasons to move to Texas. Once you relocate to Texas, you are sure to find even more to love about living in the Lone Star State. Are you on the hunt for a new home? Explore and compare Perry Homes’ move-in ready properties in some of Texas’ most desirable communities and find your dream home today.